April had been iOS month for us at Testpress.

iOS had long been missing attention from us and was running behind in terms of feature parity with respect to android.

We managed to fix this by bringing in some core features to iOS which were available in Android.

In addition to this we also made some minor improvements which were often asked by you to make your life easier.

Often times your finance team comes up with a list of users who would've defaulted in payment.

You might need to block all of them temporarily and unblock as and when they make the payment.

With this new feature, you can now bulk block users from the membership page.

You just need to paste the usernames or emails line by line. They will be blocked on submitting.

We have added support to add custom code in your page.

You can add any HTML, CSS, Javascript code here and it will get added to your students UI.

Some of the use cases you could use are

iOS app for Testpress now has a new shiny dashboard similar to that of Android.

Back in Jan 2021, Testpress was the first LMS to provide support for the new JEE exam format.

However, this was supported only in the Web and Android.

With the latest updated, this functionality is now extended to iOS too!

We had added support for a new question type in Feb 2021 - Gap type fill in the blanks.

This is now extended to work properly in iOS apps as well.

This is a minor UI enhancement. Earlier we were displaying only the current logins of a particular account.

Now we are also displaying the locked logins of a particular account in the admin dashboard.

This can help you to unlock a device when they exceed the maximum number of devices they can login.

We hope these features will come as handy when you are conducting online courses and selling it to your students. Yesterday I was discussing with my wife about hope. She said something which I found very profound Hope is the expectation that change is going to happen soonWhile philosophers have shunned hope asking to be in the present and not dwell too much into the future, I disagree with them 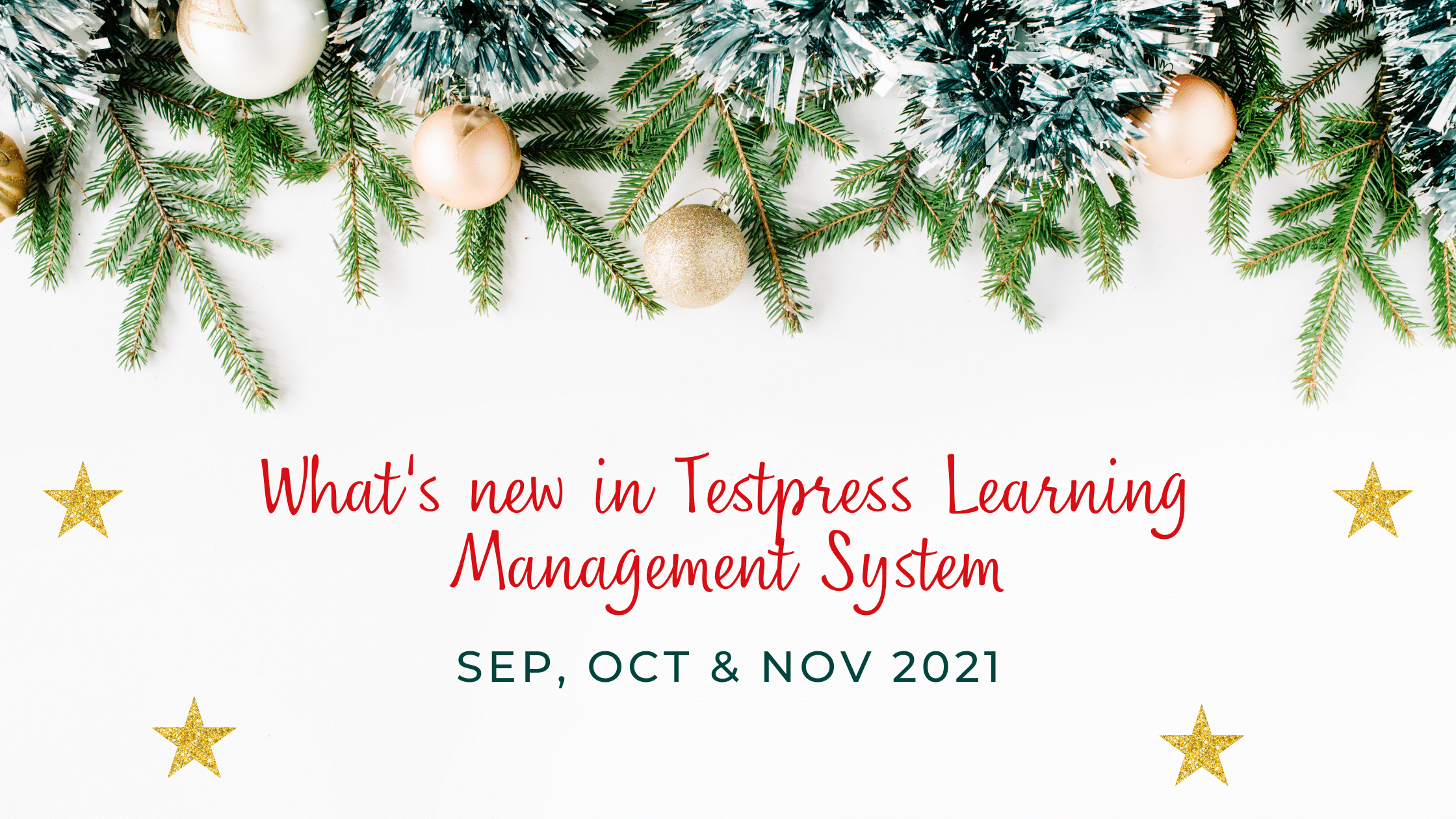 A lot of operational and infrastructure work had been going on inside at Testpress silently. These are routinely done to ensure that we are frugal so that the rising infrastructure costs and inflation are not passed on to you. That being said, we did manage to churn out some improvements